Home » Blog » Interethnic Marriages: 7 Ways How to Make it Work

Interethnic Marriages: 7 Ways How to Make it Work 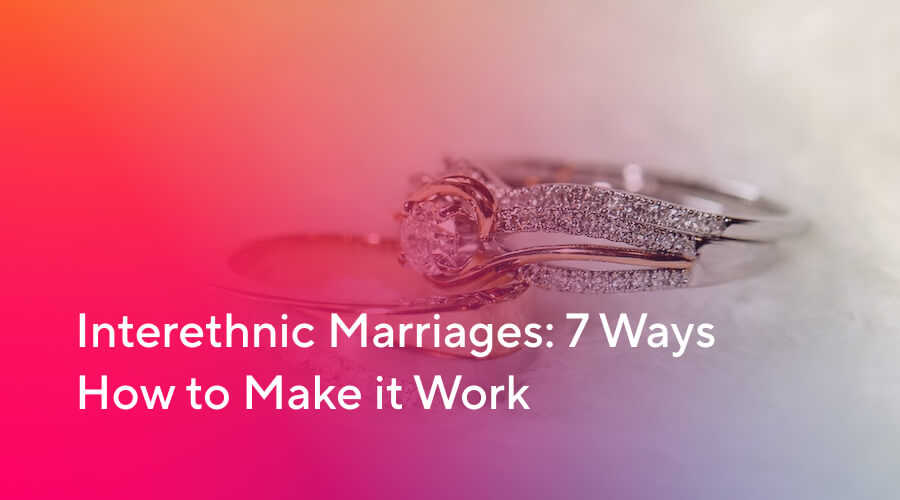 Interethnic marriages are becoming more and more common around the world. According to a study by the Pew Research Centre, one in six newlyweds in America is married to someone of a different race or ethnicity and it’s thought that this number is higher around the world. While these marriages can be beautiful and rewarding, they can also be challenging.

One of the biggest challenges in an interethnic marriages is managing expectations. It’s important to remember that your partner is still an individual with their own unique cultural background and traditions. Just because they’re married to you, doesn’t mean they’re going to immediately assimilate into your culture. That’s why we bring you in this article seven ways to make an interethnic marriage work.

One of the most important things in any relationship is communication. Interethnic couples need to be especially diligent about communicating with each other. This means talking about everything – from the big things, like your goals and dreams for the future, to the small things, like what would you like to eat for dinner. Sometimes different ethnicities have different taste buds and love different foods. By communicating openly and candidly, you can help avoid misunderstandings and build a strong foundation for your relationship.

One of the best things about interethnic marriages is that you get to celebrate two cultures instead of one. Make sure to embrace your differences and learn as much as you can about each other’s cultures. This can be done through food, music, art, and anything else that is important to your culture. Not only will this help you learn more about each other, but it will also help you build a stronger bond. Sometimes differences are the ones who make us stronger. This will help us overcome any challenges that come our way.

Be tolerant of each other’s families and friends

Interethnic couples often have different families and friends. It’s important to be tolerant of each other’s families and friends, even if you don’t always agree with them. Remember that these are the people who have known your partner for a long time and they likely mean a lot to them. Try not to get into disagreements with them over politics or religion – it will only cause tension in your relationship. Each of you has your own support system made by different friends, family and acquaintances. Be tolerant of their preferences and make sure to see things from their point of view.

While it’s important to embrace your differences, it’s also important to have shared interests. This will help keep your relationship strong and give you something to bond over. Shared interests can be anything from hiking and biking to watching movies or playing video games. As long as you both enjoy doing it, it counts as a shared interest.

Be supportive of each other

In any relationship, it’s important to be supportive of each other. Interethnic couples are no different when it comes to needing support. When one person is struggling, the other should be there to offer the best support they can. This can mean anything from emotional to practical support, like helping out with childcare or household chores. By being supportive of each other, you can help make the tough times a little bit easier to bear. It’s not simple and there are going to be a lot of frustrating moments together, but you can make it through.

Interethnic couples need to be especially diligent about respecting each other’s boundaries. This means that you should never cross the line when it comes to personal space, privacy, and physical contact. Always be mindful of how your partner is feeling and what they might be comfortable with. If you’re not sure, ask them! It’s better to be safe than sorry. If your partner has a different view when it comes to religion and doesn’t want to change it, don’t force them to do the contrary.

Be patient with each other

Interethnic marriages one of the reasons for the increased divorce rate in the Balkans.

Interethnic couples often face unique challenges that other couples don’t have to deal with. This can lead to tension and frustration. For example, the couple might get offended over a trivial matter. For someone, it might be a cultural norm while for the rest an offence. However, it’s important to remember that these challenges take time to overcome. You need to be patient with each other and allow yourselves the time necessary to work through them.

Interethnic couples often face unique challenges that other couples don’t have to deal with. However, it’s important to remember that these challenges take time to overcome. As long as you have the right attitude and are willing to put in the effort, your interethnic relationship can thrive!

Interethnic marriages are not as common in the Balkans as they are in some other parts of the world, but they are certainly not unheard of. It is a popular belief that interethnic marriages increased after World War II, especially in Europe. In many cases, these marriages are entered willingly by both parties, who see them as a way to build bridges between different communities.

However, interethnic marriages can also be quite difficult, as they can often lead to tension and conflict within families.

Recently, Eurostat posted statistics related to marriage and divorce. In recent decades, it has been noted that in the Balkan Region, divorce rates have been increasing.
One potential reason for the increase in divorce rates is that couples may not be sharing the same cultural background or values, leading to misunderstandings and conflict.

Additionally, interethnic marriages can be more challenging and complex than traditional marriages between people from the same ethnic group.

Which are some other reasons for the increase in divorce rates? 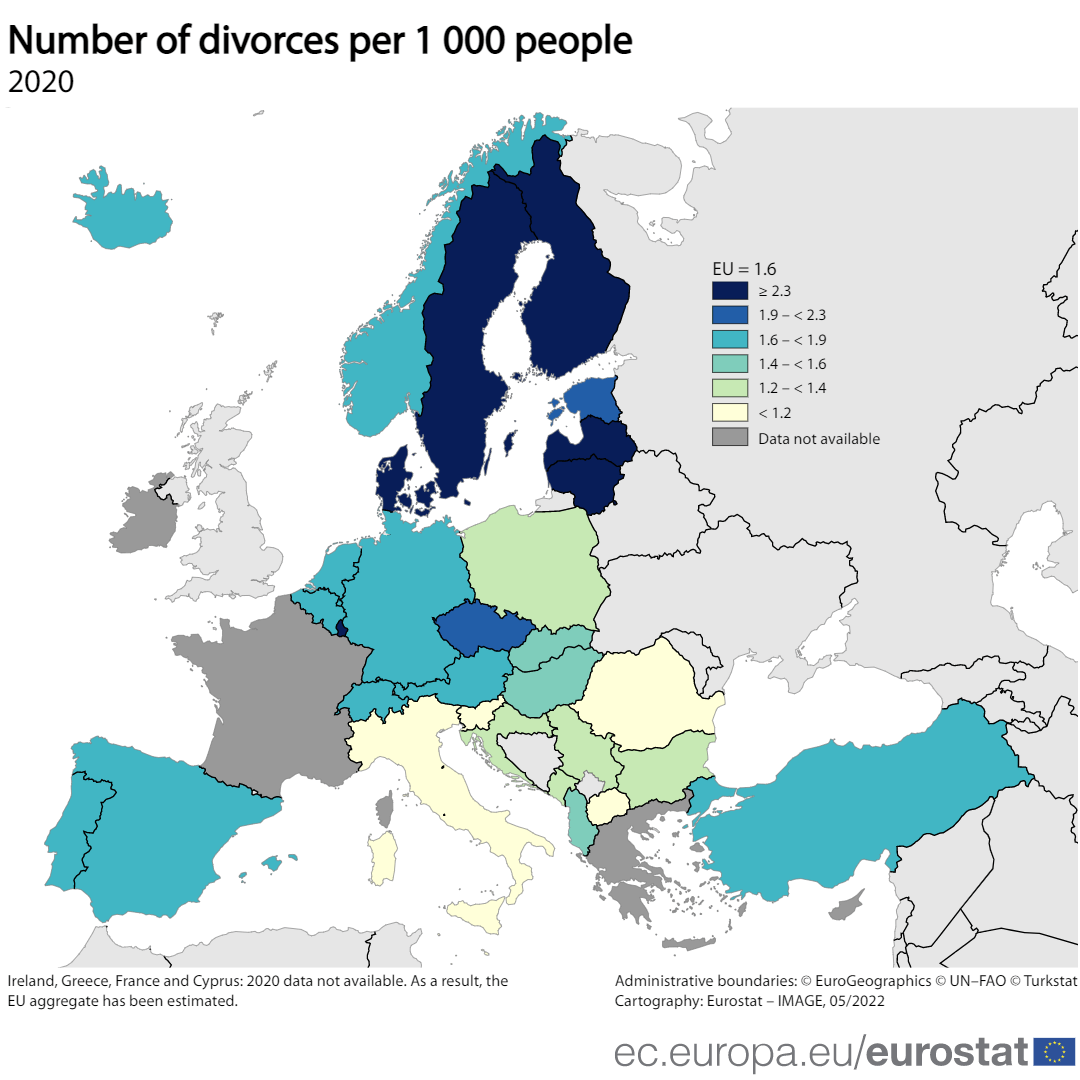 We are going to list below some of the most common reasons that have caused divorce rates to increase over the last two decades, especially in the Balkans:

Interethnic marriages have pros as well as cons, which we will speak about in our next article. It’s important to state that these kinds of marriages are the major cause of divorce.
Ultimately, the decision to get divorced is a personal one, and there are many factors that can contribute to it. However, it is important to remember that divorce is not always the answer and that it can often lead to more problems than it solves.