Love Tactics Netflix: The Turkish romance you need to watch! 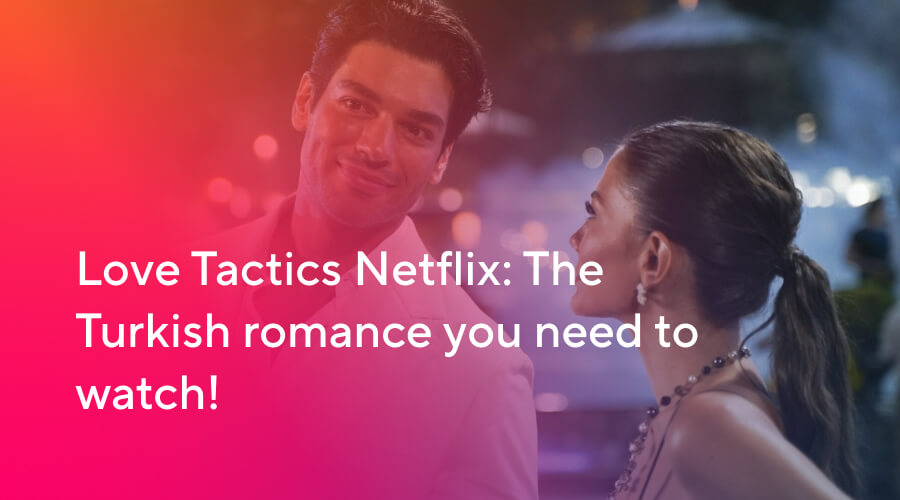 Love Tactics Netflix newest Turkish romantic comedies. The movie has been getting a lot of attention lately.  If you are planning to watch it, here are some facts you may want to know about Love tactics.

The conceit here was to take a tale from Turkish literature, the romance of Asli and Kerem, and pile every Hollywood romance and rom-com cliche on top of it, just for love and laughs. “Love tactics” stars Demet Özdemir as Asli and Sukru Ozyildiz as Kerem.

The rest of the cast includes Hande Yilmaz, Atakan Çelik, Deniz Baydar, Yasemin Yazici and several others. The film is 98 minutes long, dubbed, and has English subtitles.

An ad executive and a fashion designer-blogger don’t believe in love, so she places a bet to make someone fall head over heels – with unusual tactics.

Asli (Demet Özdemir) and Kerem (Sukru Ozyildiz) are thriving. Asli writes her blog posts detailing how predictable and awful some men are and instilling wisdom on circumnavigating these obvious clichés and striking out as strong, independent women.

Kerem, meanwhile, is the typical player. He thinks he has women all figured out and knows exactly how to swoon anyone who crosses his path.

So naturally, the pair make a bet with their respective friend circles, deciding to make the other fall in love with them.

Turkish movies except Love tactics you can watch on Netflix

If you’ve never watched a Turkish film before, you’re missing out. Turkey has become a major contributor to the cinema in recent years, with tonnes of talented artists telling authentic stories that resonate around the world.  Here are some recommendations for you.

This is a fantasy thriller series about a female painter, Atiye, from Istanbul, whose perfect life is turned upside down after crossing paths with an archeologist who’s just made a fascinating discovery.  The drama that follows is about the artist’s journey to uncover the site’s mysterious link to her childhood.

There are secrets, Middle Eastern tales and mythology, and beautiful visuals.

Now, if you like the idea of a modern-day Shakespearean comedy, this one’s for you! It’s a beautiful and dramatic story.

It talks about the fortune of a Turkish girl born in a village during the 1950s – a time when Eastern customs and traditions suffocated women\’s dreams and rights.

This town was known for two things. The mayor’s apple orchards and the mayor’s daughters. And the tale is narrated by the mayor’s youngest daughter, Muazzez.

If you like detective stories, here’s one for you Kis Günesi. While playing in the garden, a boy named Efe witnesses something that will change his life forever.

Shortly after, he witnesses his father’s demise.

They gave him to a humble fisherman. He raised him to live off the sea. As an adult, Efe learns about his real family and goes on a mission of revenge and redemption, keeping his identity secret.

This addictive series with a ‘telenovela’ feel follows Efe as he searches for his true identity and to right the wrongs of the past.

Here’s a good laid-back movie based on a novel Red Istanbul. Orhan, an ex-pat writer, living in London, returns to his native Istanbul.

He returns to help a famous director, Deniz, edit his first book. On his first night back, the editor disappears, and Orhan finds himself stranded inside the web of Deniz’s tangled relationships and strange family members.