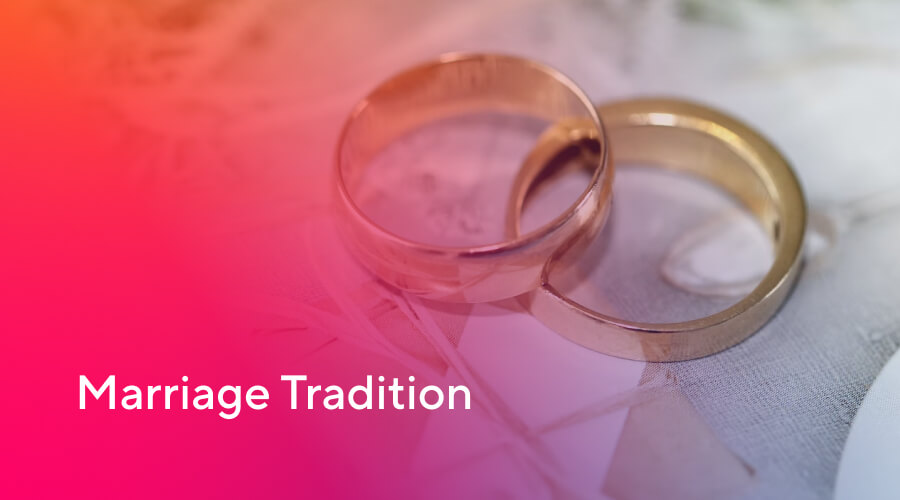 However, throughout time, this couple’s relationship has evolved significantly from what we see today. Let’s travel back in time to discover how the marriage tradition has changed over time:

The marriage tradition in the cradle

Marriages in the cradle began long before the reign of Gjergj Kastriot Skenderbeu, according to traditions passed down from generation to generation. In short, the tradition holds that two children are promised to each other when they are one, two, or three years old. All that was required was for the two fathers to come to an agreement, and that was more than enough.

How did such a marriage take place, and what conditions were required?

In most cases, when a child was born, family friends would visit to express their congratulations. Because the fathers’ friendship was strong, the proposal to marry their children to each other would almost certainly emerge in an unplanned chat. The given word, Besa, was often not broken and respected until the children reached adulthood.

The terms that accompanied it were profession, matchmaker, cover, and possession. Under oath, the girl was labelled betrothed (occupied, busy), and the boy (busy) was betrothed or promised.

It was common for the children to be unaware of their parents’ cradle marriage until it was time to get engaged.

Small festivities were held in certain provinces. Rifle shots were fired when children of the opposing sex were born, signalling that the two families had sealed their friendship through marriage. To legitimise this, bread was also swapped, and both households hosted big celebrations.

Another type of marriage, which was and still is practised throughout Albania and Kosovo, was and is that of a matchmaker or a go-getter. In Kosovo, it is known as me msit. The goer is also called Msiti; this is a really old Albanian word, as old as the matchmaking tradition itself.

The person who would mediate between the girl’s parents and the boy’s parents was called msit, or today shkuesi, which comes from its meaning: the person who enters the middle. To perform this type of marriage, it was enough, even in this case, that the men of the families agreed between them.

Unlike the marriage in the cradle, here a msit was needed. He could be a close family friend who would speak well of the boy at the moment when the girl’s hand was sought. But that was not the only thing the “shkues” was responsible for; he had other duties as well. If the father of the girl’s family agreed, then the “shkues” was the person responsible for not breaking the trust of any of the families’ promises until the marriage took place.

Even today, matchmaking is practised, but it is more liberal. This is because if the couple does not agree after their first meeting, it can happen that the friendship between the parties breaks down without hatred or ill intentions.

This term was added afterwards . However, in the past, it was said to as rare or even unheard of when it was claimed that the couple got married because they loved one another. Love marriages were considered taboo since the majority of unions and interactions between people took place in accordance with families acting as mediators.

When the girl’s parents did not consent, love marriages in the past usually included her kidnapping. If this occurred, the girl’s parents would deny that she was their daughter, which would be followed by the couple’s social seclusion. When the couple was kicked out of their social circle, they had little choice but to flee the city.

Love marriages are far more common nowadays than “shkuesi” or cradle marriages. As a phenomenon, the latter is almost extinct. If a couple is not in love with each other, they will not even attempt to get into a relationship, let alone an engagement or marriage.