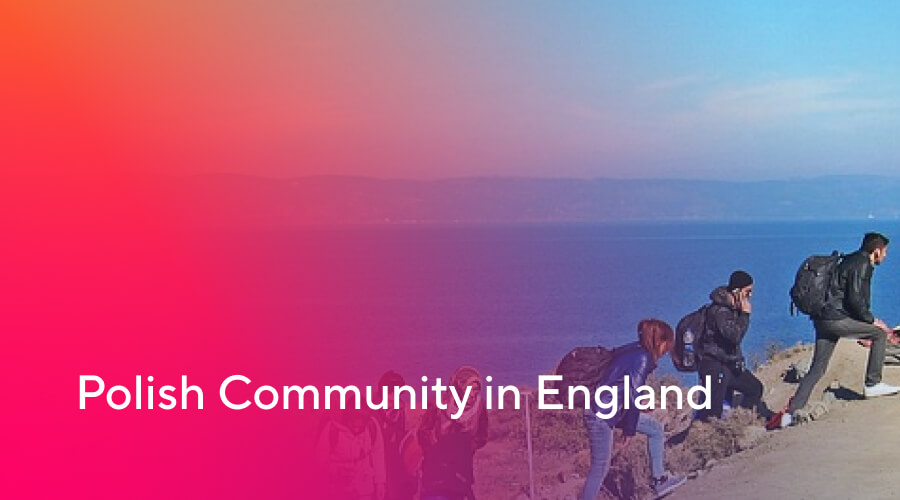 Take a look at how Polish Community in England have integrated into English society and culture, their contributions to the economy, and their impact on local communities. Explore the experiences of those who’ve made England their home, what makes them unique, and any challenges they face.

A brief history of migration of Polish people

As a result of World War II, the number of Poles in the United Kingdom saw an immense spike – 44,642 to 162,339 between 1931 and 1951. This influx created the Polish community whose influence still resonates today.

On December 12, 1939, Lord Lloyd and the Republic of Poland Ambassador Edward Raczyński discussed the possibility of opening a Polish Cultural Centre in London at a meeting. Since then, this club has been at the epicentre of social life for Poles living outside their home country – from cultural events to networking opportunities all polish communities have joined in one place.

The creation of the centre was strengthened by Polish soldiers and their families that migrated to Britain during World War II and its aftermath. These brave individuals, living legends whose life mirrored three core values: ‘God, Honour and Homeland’, have been a great source of inspiration for many. Among other small Polish clubs this one was the most significant.

The brave and courageous warriors who fought in the war then selflessly carried out their mission to create an independent Polish Republic. They have been acknowledged by Pope himself as having established a “Poland outside of Poland” and built the Polish diaspora. The heroic pilots who triumphed at both Battle of Britain and Monte Cassino should also be highly commended for their valiant effort.

At the club, a General Table was established and graced by Generals Anders, Kopaliński, Kukiel, Rudnicki, and many more, all in attendance with their wives. Ognisko Polskie was a popular gathering place for colonels, generals and known figures of that time who gathered at the club regularly to mingle with their comrades-in-arms living in the UK.

This famous club also drew in acclaimed figures from literature and art circles who wished to connect with other members of the Polish diaspora living in Britain. For example, the iconic musician Artur Rubinstein and the celebrated painter Feliks Topolski.

Among the esteemed Polish people were Stanisław Baliński, Marian Hemar and Karol Zbyszewski. Alongside them came Tadeusz Nowakowski along with Bronisław Przyłuski and more. Furthermore, the club welcomed Wieslaw Wohnout as well as Julius Sakowski with Mieczyslaw. Last but not least from a younger generation was Adam Zamoyski – an eminent historian – who graced the club with his presence occasionally as well! Talking for the future of the Polish immigrants and the presence of Polish Culture in the UK.

On July 16, 1940, the first-ever Ognisko Polskie – a Polish club, restaurant, theatre and exhibition hall – opened in London. Located at 55 Exhibition Road in South Kensington’s exclusivity-stricken area where it remains to this day. Ognisko Polskie is an iconic establishment equipped with all one could need for experiencing a delightful time.

Throughout the years, countless Polish soldiers made integral contributions to build and fund the Polish Social and Cultural Centre, a few parish houses as well as structures of the Association of Polish Veterans.

The main aspiration of this entity was to be an advocate for Poles and the Polish community living abroad by protecting them in front of British authorities. Most Poles admit that they’re grateful for this organisation and the help that it has provided for their community.

The second wave of migration of Poles in the United Kingdom

After the declaration of martial law in Poland during the 1980s, a new wave of political emigration emerged and many Poles chose to begin a new life in Great Britain. This influx was instrumental in the development of the Polish Cultural Centre located on King Street in the Hammersmith district, which is still operational today.

In 1966, the Polish Social and Cultural Centre (POSK) was first established at 9 Ravenscourt Avenue. It took 8 years for Ing. Roman Wajda to get it officially opened under the initiative of the Polish community in Great Britain in 1974. Then finally 3 years later, its library also moved into this building in May 1977.

Nestled within the walls of the building is a room known as “Raspberry Hall,” which still carries its original name to this day. During the mid-1980s, the edifice was home to University, bookstore, theatre and other amenities such as “Łowiczanka” restaurant and Youth Club. Moreover, POSK has since evolved into an epicentre for the Polish independence movement with its diverse socio-cultural activities including exhibitions and film screenings that are highly sought after today. Noteworthy also is the Polish Library in London founded here in 1942 – an integral part of this vibrant cultural complex.

POSK – House of the Polish Community

POSK has grown to house numerous Polish diaspora organizations, such as the Józef Piłsudski Institute, the remarkable Polish University in Exile (PUNO), the renowned Polish Scientific Society in Exile (PTNO) and the highly esteemed Association of Polish Veterans (SPK).

In 2003, when Poland wasn’t an EU country yet, there was a population of 69 000 Poles living in the UK. However, following their accession to the European Union in 2004 and up until now, Polish immigration has seen a dramatic increase making them the second largest immigrant group after Hindus!

Extra Data about the Polish Community

Polish is the second most commonly spoken language in England and trails only English and Welsh for usage across Great Britain.
Approximately 1% of all citizens in the United Kingdom utilize Polish on a daily basis. In 2018, research conducted by the Office for National Statistics revealed that 905,000 Poles are living in Great Britain.

With more Poles opting to return home, the Polish community living in England is already well-established and greatly influences British politics. It is essential for any wise British politician to take into account the perspectives and beliefs of the Polish diaspora.

Ex-Prime Minister Teresa May and Boris Johnson have both taken the opportunity to recognize the indispensable role of Poles in British society, publicly demonstrating their support by attending important Polish historical and cultural celebrations.

How many Polish people live in England?

In May 2020, 68 million Polish people were residing in England.

The Polish community in Great Britain has come a long way since the first wave of migration after WWII. The establishment of POSK and other cultural organizations have been instrumental in the development of this vibrant diaspora, allowing them to preserve their heritage and culture abroad. Today, Poles are the second largest immigrant group living in England with 905,000 people using Polish as their daily language in the United Kingdom.

As we look ahead into an uncertain future due to Brexit, it is essential that British politicians recognize the importance of maintaining strong ties with Poland and the Polish population in England by engaging with its citizens residing there. With a mutual understanding between both countries and respect for each other’s cultures, only then can true progress be achieved moving forward.

What lies ahead for the British Poles? What implications will Brexit have on the relationship between Poland and Britain? Only time will tell!