Polish in UK after Brexit 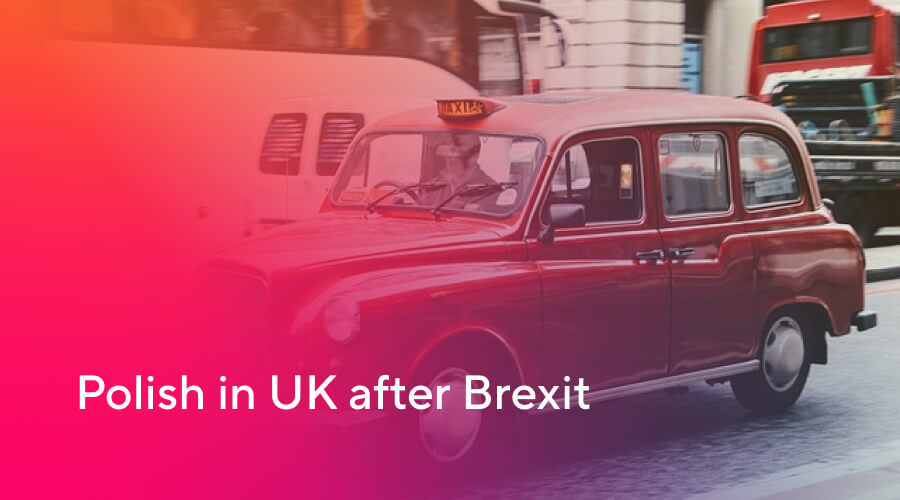 Polish in UK after Brexit have been a major concern among many in the Polish community. Many Poles have chosen to stay in the UK and continue living their lives despite the uncertainty of Brexit. The number of Polish migrants who have left the UK since the referendum has not yet reached its peak, with many still uncertain about what their future holds here.

In order to meet this challenge, there have been several initiatives made by the UK government and other organisations to help Poles remain in the UK. These include relaxed immigration rules for EU citizens, longer-term visas, and a focus on job opportunities within the country.

There is also a growing sense of solidarity amongst Polish migrant workers living in the UK, with many supporting each other through the Brexit process. Polish associations such as the British Poles Initiative and the Great Britain-Poland Society are working hard to ensure that the rights of Polish migrant workers in the UK are respected, no matter what happens with Brexit.

As well as this, many local councils around the country have been offering help and support to their local Polish communities. But the reality is not this pretty when national statistics about the UK’s EU Settlement scheme show another picture.

Since the UK voted for Brexit, many EU citizens have had to make the difficult decision to return home. The COVID-19 pandemic has only expedited this process. According to recent research, 40% more Polish people left than arrived in 2020 compared with 2019 statistics! Notably, Polish people – comprising the largest national group – are no exception when it comes to repatriation due to Brexit and its related implications.

Data from official sources indicate that the number of people living in the UK has declined drastically, dropping to 738,000 in 2020 after surpassing 1 million back in 2017. However, there are some doubts about their credibility. Jakub Krupa, a Polish journalist noted: “These figures feel peculiar considering that at precisely the same time period as this drop was reported; The Home Office received over 1.1 million applications for EU Settlement Scheme from Poles.”

It is not unexpected that numerous people want to stay in the UK considering their deep-rooted connections in their local communities. When Poland joined the EU, merely twenty students enrolled at a Polish school set up by OPA. However, today it has an astounding 250 pupils and still counting!

Although there are still some Polish families who struggle with the language barrier and prefer to watch television in their native tongue, this is becoming more uncommon. In fact, many Poles living in the UK have decided that they no longer need to go back home as their lives here are comfortable and stable enough for them. Furthermore, children can be so content living a life overseas that it may not even occur to them that returning home would be an option!

Migrant workers in a precarious position

Nevertheless, remaining in Britain has proven to be quite the ordeal since Brexit. Even though the withdrawal agreement assured citizens’ right to residency, EU nationals have had to apply for it through the UK’s European Union Settlement Scheme (EUSS). Krzysia Balinska of Polish Migrants Organise for Change (POMOC) attests that many have faced so much difficulty with this process that they’ve opted to go back home instead.

With the Brexit transition, Polish citizens are struggling with one of the biggest issues- a lack of transparency when it comes to the EU Settlement Scheme. Those who have already received their Settled Status from the Home Office still find themselves in unfamiliar territory and need extra proof for jobs, mortgages or even healthcare.

This is something that was never an issue before Brexit but has now become part and parcel of daily life for many Poles living in Britain today. The digital-only existence of physical proof of residency status has exacerbated the already existing issues.

People travelling with documents that differ from those listed on their digital status have been turned away or even sent to detention centres, further amplifying this problem and creating an uncomfortable situation for travellers at borders.

Unfortunately, many people missed the opportunity to join the scheme due to a lack of accessible information that took into account their cultural and linguistic backgrounds. Many had already departed for various reasons or struggled with bureaucratic issues.

Struggling on the business front

For numerous Poles, Brexit had already led them to contemplate their future—COVID-19 simply pushed them towards making their decisions. Moreover, the UK’s stringent post-Brexit immigration policy makes running a business even more difficult for many of them.

The labor shortage is also taking its toll on this sector and yet, in light of the dire state that currently defines EU ties with the UK, Poles see no chance of authorities expanding visa schemes which would permit citizens from Poland and other European countries back into Britain.

Brexit was largely driven by the alarmingly large amount of EU workers coming into Britain. Ironically, some industries are now struggling to find replacements for those who left – builders being one such industry that is suffering a significant shortage of personnel and consequently must pay more.

To prevent further issues in other sectors, it’s imperative that the UK should expand their current offer of winter visas beyond just building companies so they can address this labour crisis effectively.

A warm greeting or a cold shoulder?

Besides, the fundamental cause of Poles leaving Britain is Brexit itself as the UK is no longer in the EU. The left-over populace didn’t wish to experience limitations caused by being outside Europe’s borders – it was either time for them to go back home with more chances or search for a job elsewhere on European soil where their labor was acknowledged and respected.

It is plain to see that Poles are not welcomed or assimilated in the same way as others. The government’s lack of inclusive messaging towards EU nationals has led to an escalation in discriminatory behavior at work towards Polish workers and elsewhere, forming part of a hostile environment created by British institutions against all migrants.

After Brexit riots have taken place in several English towns including London and Cambridge. The reprehensible comments posted online were followed by abusive comments from restaurant patrons and hospitals. The “undercurrent of negative attitude towards Polish” expressed by the Polish press after joining the EU is fuelling the reaction of Polish newspapers in Britain. Polish newspapers such as “Pozna Express” sponsored a migrant worker strike of Polish workers based on increased debates regarding illegal immigration.

Researcher Kasia Narkowicz reveals that among Polish essential workers, the most talked about feeling harassed at work and deprived within communities. Researchers said the British Government’s stance against immigration was “hostile and inflammatory”, which could have the potential for further assault on migrant populations. The question that needs a thorough examination is how many migrants will want to fill the gaps.

Can Polish live in the UK after Brexit?

Yes, even though there are arguably several ways for the citizens of the UK after Brexit to extend their stays. European settlements. Permissions of the family. UK family visa: spouses/parents visa.

The UK’s post-Brexit immigration policy has had a major impact on the lives of Polish citizens, causing many to return home or look for other opportunities in Europe. The lack of transparency and accessibility when it comes to the EU Settlement Scheme as well as restrictive visa schemes have resulted in labor shortages across certain industries, leaving businesses struggling to find replacements.

Furthermore, discriminatory behavior and hostile environments created by British institutions against Polish migrants are making it difficult for Polish people living in Britain today. It is clear that more needs to be done if Poland wants its citizens who remain in the UK to feel accepted and valued within their new environment.

There is a need for more transparent, supportive, and inclusive messaging and policies that are accessible to all regardless of cultural or linguistic background. This will ensure that Poles living in British society today can feel welcome and valued within their new environment. Ultimately, this will ensure that the UK and Poland can continue to enjoy strong ties in spite of Brexit.