The Turkish population in Germany 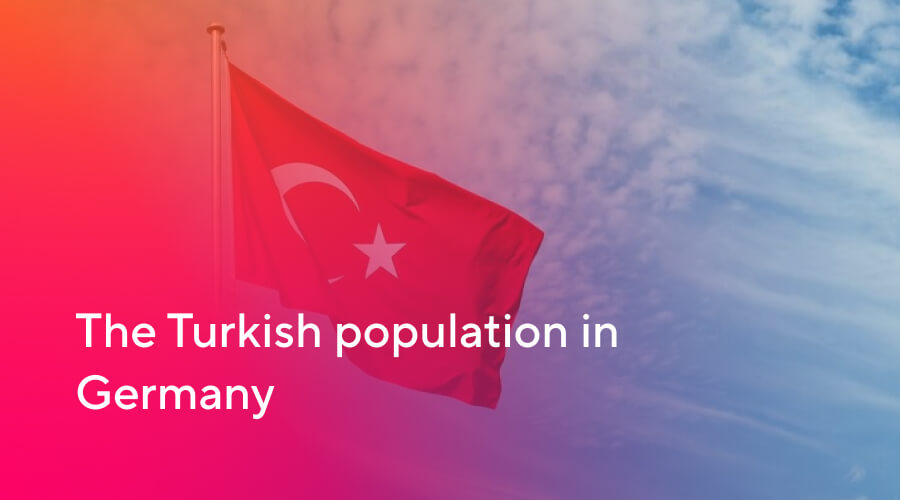 The Turkish population in Germany – For more than a decade, the number of Turkish citizens living in Germany has been on the rise.

From 2011 to 2018, an estimated 2 million people with Turkish roots were counted as members of Germany’s population, equaling roughly 2.5% of all people residing in the Federal Republic. While many recognize how greatly these individuals have enriched German culture and societal structure, there’s still relatively little understanding of who they are and what effects their presence may be having on locals and beyond.

Through this blog post, we’ll be exploring why so many Turkish inhabitants have made the journey across national borders into Germany, delving into how their relocation has transformed both culture and economics within native communities, examining any current conflicts arising from differing immigration laws and regulations, as well as discussing potential benefits associated with such diversity overseas.

The Turkish population in Germany is one of the largest minority groups in the country, estimated at around 3 million people. Turks have lived and worked in Germany for several decades and have left an indelible mark on German culture. Turkish restaurants, bakeries, and cafes can be found throughout Germany, serving delicious Turkish meals and treats to locals.

Turkish students also make up a large portion of Germany’s student population and have made strong contributions to the academic world. The Turkish presence has been pivotal in creating a diverse culture in Germany, a tangible reminder that culture knows no boundaries. Despite initial reluctance from some German natives, Turkish-German relations are slowly improving, with both sides gradually coming to understand each other better.

The world was still reeling from the aftermath of World War II when, in the 1960s, people of Turkish background began arriving in Germany as ‘guest workers.’ This migration significantly impacted Germany’s ethnic demographics and culture, with Turks quickly becoming the largest single ethnic minority group.

Though portrayed by many as an economical solution to labor shortages across Europe, Turk’s arrival in Germany is a fascinating example of 19th-century colonization continuing into the 20th century; so-called guest workers had little choice but to leave their homeland to seek labor opportunities abroad. The impact of these migrations is still felt today – giving Germany a truly multicultural society.

Turkish immigrants to West Germany have created a distinct Turkish Diaspora. Turkish families settled down and raised their children in cities across the country. These Turkish Germans now represent a sizable portion of Germany’s population, forming an important component of the nation’s diverse cultural heritage.

This Turkish descent has contributed to the country’s economic growth and social development while also developing a unique identity of Turkish-German people distinct from their Turkish origin. The Turkish community in Germany has prospered under the auspices of mutual respect between Turkish immigrants and their German hosts. Many Turkish Germans are proud to call both cultures home.

Turkish culture has a strong influence on German society

Turkish language and culture have become increasingly visible in German society with the rise of people of Turkish descent living there. There are now many language classes and cultural centers that offer people an opportunity to learn about and connect to their Turkish roots. However, not everyone is open to exploring these cultures, as language barriers and different backgrounds sometimes present obstacles to true integration.

Yet, new adjustments have been made, such as creating language classes specifically geared towards immigrants from Turkey, making it easier for them to confidently use both language and cultural factors to make their way in a foreign environment. Furthermore, events throughout the year opened dialogue between Turks and Germans, allowing them to appreciate each other’s culture more authentically. In this way, the Turkish influence has become more deeply embedded in German society and will continue to do so in the years ahead.

There are many challenges that the Turkish community faces in Germany

Turkish guest workers and labor migrants have been coming to Germany since the 1960s. When they first arrived, many had difficulty learning German and have faced social and cultural isolation ever since. While the number of Turkish-origin individuals has continued to grow steadily in Germany, many still face low employment rates and poverty – making it difficult for them to build secure lives in the country.

In addition, anti-immigrant sentiment has been rising in recent years, with Turks being on the receiving end of negative stereotypes; despite having lived in Germany for generations already. As a result, Turkish people living in Germany often find themselves balancing two cultures but feeling isolated from both – having come from Turkey but unable to integrate fully into German society.

Despite these challenges, the Turkish community has made many contributions to German society

The Turkish community in Germany has made major cultural contributions to German society over the years. They have opened cultural centers that foster cultural exchange between locals and foreigners alike, creating powerful connections between both communities.

Not only that, but a new generation of Turks born in Germany is now eligible for Turkish citizenship, further deepening their ties to the German state. These contributions are invaluable to the cultural landscape of Germany and have been recognized and valued by many in recent years.

This cultural exchange has greatly impacted Germany, leading to the eventual introduction of policies allowing those within the Turkish community residing in Germany to pursue citizenship from the German state.

Within this cultural bridge between Turkey and Germany, many have been able to take advantage of opportunities only available through one or both countries, creating a more harmonious relationship between them overall.