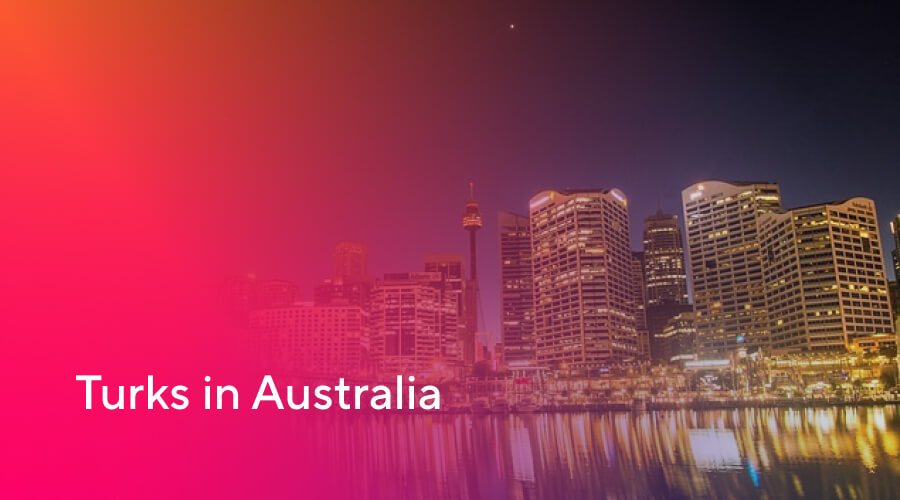 Turks in Australia – Diversity is an integral part of what makes Australia a unique place to live.

One of the many ethnic groups that have added to this wonderful cultural mosaic is the Turks. For decades, Australians from Turkish or Cypriot backgrounds have enriched our society with their customs, interests, and contributions. Whether through participating in successful business ventures, being involved in arts and media, playing leading roles on sports teams, or simply offering delicious delicacies like baklava, Turk’s presence has been felt far and wide across the nation.

This blog post will explore how these vibrant communities came to be in Australia and highlight some of their remarkable achievements!

Immigration History from Turkey to Australia and Victoria

The history of Turks immigrating to Australia is both long and fascinating. It begins with Turkish people arriving in Victoria during the late nineteenth century and grows into a vibrant Turkish-Australian community that still exists today. Throughout the twentieth century, They arrived with each wave of immigration in search of a better life and an opportunity to build stability in their family’s futures.

The Turkish community grew with waves of immigration during World War I and World War II. Eventually, it came to be represented by Turks in nearly every state and territory of Australia. Turkish-Australian immigrants have solidified their place in Australian society for generations to come through their diverse culinary cuisines, religious practices, and willingness to share culture with those around them.

InterNations is an Australian Turkish cultural association dedicated to uniting Turks living in Australia. It has become the largest network of ex-pats and global minds in over 420 cities around the world, including major Australian cities. Their mission is to provide a platform for Turkish individuals and families to connect, collaborate and build meaningful connections with one another and strengthen Australia’s core unity amongst its diverse citizenry.

Recent surveys have shown that nearly 3 million Australian adults were born overseas – and over 22,000 of these originated from Turkey – making them a sizable group within Australian society. InterNations also aims to create deeper cultural understanding by bridging conversations between residents of western Europe, Turkey, and Australians born in those countries for a richer, more tolerant experience for everyone involved.

Today, there are around 120,000 Turks living in Australia

Australians of Turkish origin have a long history of family reunion and migration, with millions coming to Australia over the last few generations for family, work, education, or simply for a change in lifestyle. Today, there are around 120,000 Turks living in Australia, with many families well-established within the community.

This population includes Muslim immigrants, as well as workers who have come over to find careers in various industries. These family units are helping to influence Australian society positively and providing a strong link between Turkey and Australia.

Overall, a great sense of cultural diversity has been brought about by all those who decided to make their lives here, resulting in an enriched Australian society.

Most of them came to Australia seeking better economic opportunities

As we mentioned before, Turkish immigrants began arriving in Australia during the 1950s, seeking life opportunities and decent jobs. The Australian government created the Department of Immigration when they found their country suffering from a lack of workers to fill certain roles in the agricultural and engineering industries.

Supported by the Turkish government, tens of thousands of Turkish people signed an agreement to move to Australia. Statistics show that more than 40 thousand Turkish families immigrated over ten years for a new life away from hostility. They were hoping for better economic opportunities and found them in countries like Australia.

The contribution of Turks to Australian society

The Turkish community has made a significant contribution to Australian society, including in the fields of business and education.

The contribution of those born in Turkey to Australian society is impressive. turkey-born residents have found success across many industries, including business and academia. Moreover, they’ve helped to create a vibrant Turkish cultural presence throughout Australia. Soccer clubs, religious groups, and other organizations serve as centers of Turkish culture – even if they are geographically distant from their homeland.

Such groups often promote traditional aspects of the Turkish lifestyle while actively engaging with the broader community so all Australians can learn more about this heritage. With increasingly diverse backgrounds and ideas coming to our country, Turks make a vital addition to Australian society and its continued evolution into an ever more open multicultural nation.