Tirana Street Art – The most colorful capital of Europe 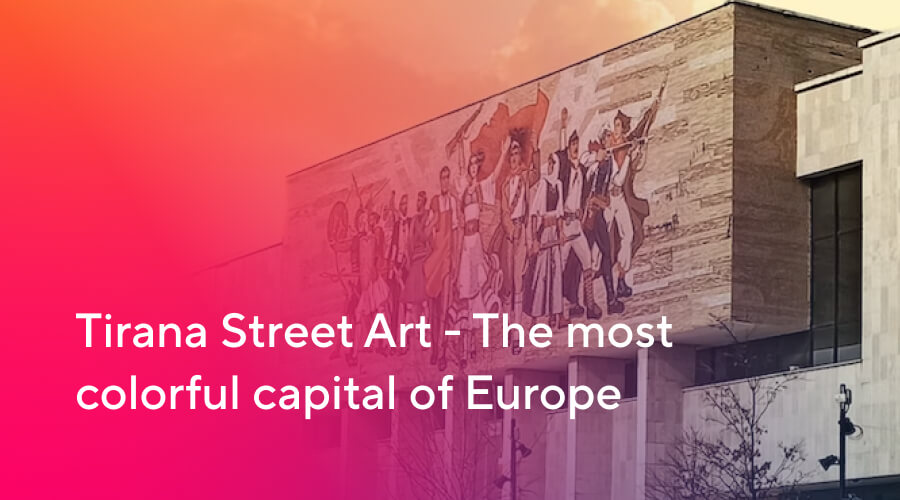 Tirana Street Art. There are numerous reasons to visit Tirana, and one of them is to see the city Street Art. Albania’s capital is a fun, energetic, and gorgeous city that never ceases to impress visitors.

Graffiti and street art have transformed the city’s appearance. Tirana is now regarded as one of Europe’s most colorful capitals. In reality, while walking through Tirana’s streets, we frequently come across vivid works of art, many of which were produced by street artists with the help of the city authorities.

We’d like to call attention to FRANKO, an artist from Vlora who is considered a pioneer of Albania’s Street Art. His powerfully symbolic paintings can be found all across the city. He has been working for the municipality of Tirana for about a year, decorating the capital with his hues. Because his graffiti frequently portrays the most disadvantaged members of society, it is considered always thought-provoking. For him, not only the youngsters but also the elderly in distress are in need of assistance.

A street decoration initiative organized by the Municipality of Tirana is one of the most original forms of street art. Through the Décor Enterprise – Municipality of Tirana, the municipal authority has always been supportive. The majority of these works are located in Bllok, Tirana’s coolest neighborhood. On Myslym Shyri Street, one of the city’s busiest streets, and Bajram Curri Boulevard, which crosses the Lana River.

The city that renews itself

The whole city is a riot of colors, writings, inscriptions: it’s impossible not to be stunned by the mesmerizing style of Tirana. This city has a unique and inimitable beauty. Tirana marked the beginning of MurAl Fest, a festival dedicated specifically to Street Art, the result of a collaboration between the Municipality of Tirana and the Italian Laboratory Rruga 167/B in Lecce. The festival hosted a group of artists from Italy, Albania, France, Serbia and Uruguay. This festivity has become a tradition ever since. This was the first festival of its kind, and it has since become an annual event in the city that never stops reinventing itself.

The project, which received backing from the Italian Cultural Institute in Tirana and the French Embassy in Tirana, has given the city’s urban spaces a fresh look. Building facades that were once nameless are now true works of art. They have dramatically transformed the capital’s appearance.

The artwork is truly stunning, and each graffiti piece is unique. They range from vibrant murals by Eljan Tanini to FRANKO’s DreamLand, which features renowned movie characters and more. Some of these paintings are personal favorites of mine.