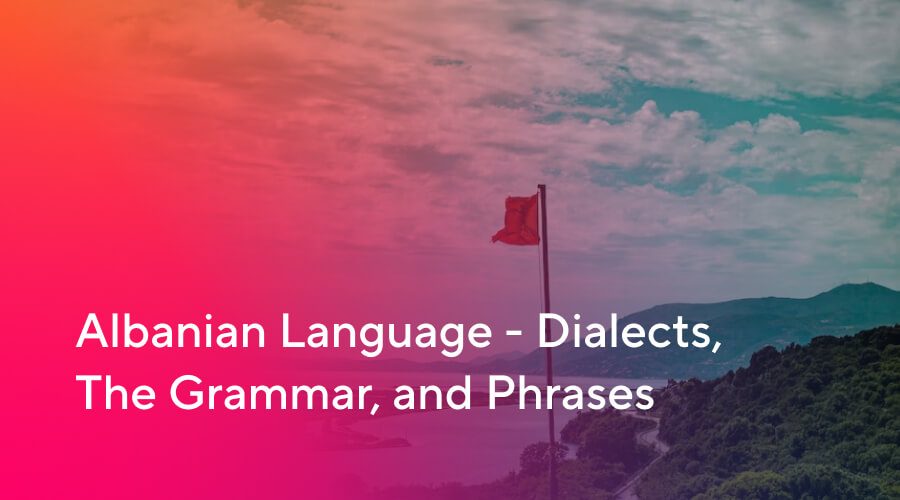 Albanian Language is an isolated Indo-European language. It does not belong to any other branch within the group. More than 8 million people speak Albanian.

Albanian was first attested in the 15th century and is a descendant of one of the Paleo-Balkan languages of antiquity. For reasons that are more historical and geographical than specifically linguistic, some modern historians and linguists believe that the Albanian language may have descended from a southern Illyrian dialect spoken in much the same region in classical times. Many Albanian speakers are in the United States, Argentina, Chile, Uruguay, and Canada. Some of the first ethnic Albanians to arrive in the United States were the Arbëreshë.

The Shkumbin River in Albania divides the country into two dialect areas. Two principal dialects of Albanian are mutually unintelligible due to significant linguistic differences between the two.

Toskërishtja is spoken by around 3 million people south of the Shkumbin River. Standard Albanian is based on the Tosk dialect. Tosk has three varieties: Arbereshe spoken in Italy, Arvanitika in Greece, and Tosk in Albania.

Gegërishtja is spoken by 2.8 million people north of the Shkumbin River. It is also spoken in Serbia and Montenegro. Also, in the Republic of Macedonia (Ethnologue). The modern literary language (gjuha letrare), was agreed upon at the Orthography Congress on 20 to 25 November 1972. As a result, it’s a combination of the two dialect groups, though based about eighty percent on Tosk. It is now a widely accepted standard both in Albania and elsewhere. Though there have been increasing tendencies in recent years to revive literary Gheg.

The Grammar of Albanian Language

The Grammar of the Albanian Language shares some features with the grammar of other Balkan languages, such as Romanian and Greek. It is quite complex. There are three genders of Albanian nouns. Masculine, feminine, and neuter are two numbers: singular and plural, and 4 declensions.

There are 6 cases: nominative, genitive, dative, accusative, ablative, and vocative. The vocative case occurs in only a few nouns.

On the other hand, the verb system of Albanian is extremely complex due to many moods, each of which has several tenses. Verbs agree with their subjects in person and number. The Albanian verb system has the following categories: Three persons, two numbers, ten tenses, two voices, and six moods. Unusual among the moods is the admirative e.g., bie shi it’s raining, rënka shi why it’s raining!

Greetings and Basic Phrases in Albanian

The Most Famous Albanian Writers

Albanian literature stretches back to the Middle Ages and comprises those literary texts and works written in Albanian. It may also refer to literature written by Albanians in Albania, Kosovo, and the Albanian diaspora, particularly in Italy. Albanian occupies an independent branch within the Indo-European family and does not have any other closely related language.

Albania is home to many writers, most of them known worldwide, like the famous Ismail Kadare, author of The Palace of Dreams, and some of the greatest masterpieces in the country. However, Kadare is not the only famous writer in Albania. This list reveals the most famous writers of the land of the eagles. Some of them are Dritëro Agolli, Gjergj Fishta, Naim and Sami Frashëri, Pjetër Bogdani, Musine Kokalari, Petro Marko, Fan Noli, Fatos Kongoli, etc.