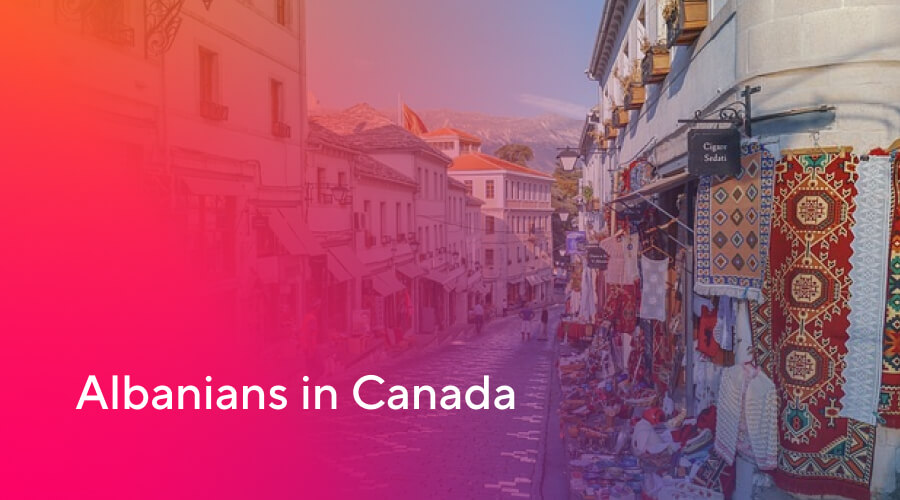 Albanians in Canada – Are you a young person of Albanian descent who has recently moved to Canada? If so, you probably wonder what life is like in your new home. Luckily, we have all the information about adapting to life as an Albanian living in Canada!

From cultural norms and language tips to important resources and exciting activities – our blog post will offer insight into different aspects of being part of the growing population of Canadians with Albanian heritage. Get ready to explore everything this amazing culture offers in its newfound home.

When did Albanian migration to Canada start?

Ethnic Albanian descent has had a rich history of migration to Canada. This began more than a century ago, with the first wave of the Albanian population in Montreal and Toronto. Later waves evidenced a greater presence, particularly in Ontario, where more than 75,000 Canadians of Albanian descent reside today.

Other areas, such as British Columbia and Alberta, have had hundreds of thousands of Canadian Albanians, with smaller numbers spread out around the country in places such as Saskatchewan and Nova Scotia. While their diverse backgrounds make for an interesting culture, it’s clear that almost from the start, immigration from Albania has made its mark on this great nation.

Thousands of Kosovar-Albanian origin people were forced to flee their homes in different parts of the former Yugoslavia during the Kosovo war. Brutal acts of violence against them by Serbs forced a lot of Albanians to leave Kosovo in hopes of finding a better home for themselves and their families.

Upon arriving in Canada, Kosovar-Albanian refugees faced cultural and language barriers, making it very difficult to assimilate rapidly into Canadian society. However, Kosovar-Albanians have managed to learn English over time while still holding onto their traditions and culture. These Kosovar-Albanian immigrants are now making valuable contributions to different aspects of life in Canada, such as culture, education, arts, and even politics.

For ethnic Albanian descent living in various parts of the world, such as Canada, immigration was motivated by the desire for a better life. Over the past few decades, there has been significant Albanian migration abroad to places like Canada in search of this pursuit.

This can be attributed to a myriad of reasons lasting over centuries– ranging from Ottoman oppression to instability in both Kosovo and Albania– but unwavering in their pursuit of a life with potential opportunity, security, and prosperity. For ethnic Albanians or Albanian Canadians, immigrating to places like Canada is one way that they can do this for both themselves and their families.

Albanian culture is unique and vibrant, and it’s something that should be

It’s not a secret just how unique Albanian culture is. There are ethnic Albanian descents living throughout many places in Europe and the Middle East, resulting in a vast and vibrant cultural history passed down through many generations. With significant Albanian migration abroad for centuries, a diverse mixture of cultures has created an incredibly unique and distinguished ethnic identity. Although Albanians live all over the world, their common culture links them together like one large family, always ensuring that ethnic pride remains.

Albania is a beautiful country with its own special culture that has been shaped by centuries of history and influences from both East and West. Albanian culture is characterized by traditional dancing, music, colorful costumes, and local cuisine, which all reflect their cultural identity’s strength.

Albanians take pride in their heritage and actively keep their traditions alive through exhibits, festivals, art, concerts, and other events. Its language is another singular aspect of the country’s culture, having descended from ancient Illyrian! Despite many elements of Albanian culture being brought to the forefront by globalization processes, locals continue to adhere to their national customs – making it a truly unique nation to explore on your next vacation!