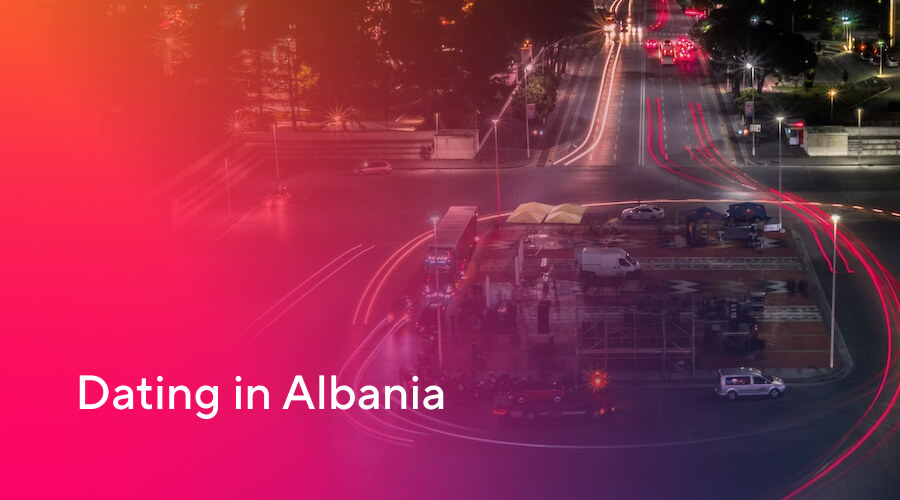 Dating in Albania. We’re finally back with some new, juicy, and interesting data about dua.com and how our users interact with each other. Read below Top 6 Facts about Albanians using a dating app.

dua (dating in Albania app) has grown exponentially, especially since last year, and we’re here for it. With every growth process, there comes great responsibility (don’t blame us if we use Marvel references here). So, having in mind the kind of responsibilities we have towards our users but also our followers that want to know more about us and how the dua app works, we bring today some interesting data for you all.

Which country has more matches?

First things first, let’s talk about facts about Albanians. Especially the ones we want to know more about. Below, we are showing you which country has more matches, as well as which gender and age are involved more in interacting with each other. 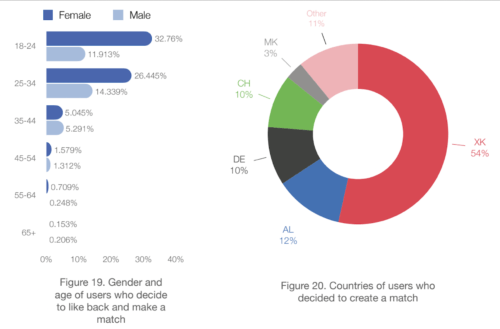 Kosovo, being the youngest country in Europe (we’re not talking here only about independence), leads the charts on our app with 54% of matches. Not only do they have more users that match and like back, but they also have the youngest age group to use the app for dating.

First things first, let’s talk about facts about Albanians we want to know more. Below we are showing you which country has more matches but also the youngest age group to use the app for dating.

Surprise, surprise, females of the age group 18-24 are the ones who interact the most, even more than the male users who make up the highest percentage of registered users on our app.

And since we’re talking about liking and matching, check out the next graph to know more facts about Albanians and how much they match monthly on our dating app.

dua was launched during the month of June 2020. Let’s just say that 2020, the year of the pandemic, was NOT everyone’s year. We sure tried our hardest to succeed and had our ups and downs, but guess what? 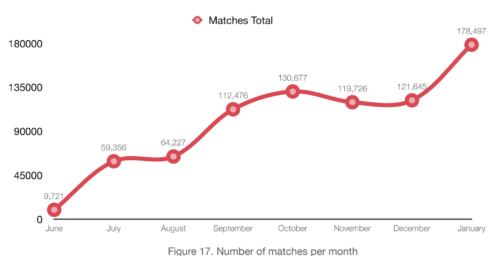 Here we are in September 2022, reaching our first 100K revenue per month and having millions of interactions daily. Since the month of January 2021, we have seen steady growth and have reached one of our greatest goals, which is more than 1000 couples. Matched on dua, they are now either engaged or married. Talk about a magic number.

See that chart below? We’re talking about numbers in the hundred thousands and an increase in new daily conversations. These are not just mindblowing data; these are actual facts that prove how much the Albanian community needed an app like dua. On the chart below, you can see how the increase jumped by 45% more from December to January 2020.

Then of course we have some German cities, with Munich leading as the most flied to place (feeling like I am speaking for a football match). Add a few other famous places like Berlin, London, Geneva, or the USA, and you’ve got the salad mix of the first places Albanians think of when trying to find their match. Well, talk about good taste! We sure know what’s best for us, don’t we?

Let me just close this article with the icing on the cake, messages. I don’t think I need to add more words when we’re talking about messages. The numbers speak for themselves. Albanian men take the lead with 60% when it comes to messages, because they’re usually the ones who try first to talk to their match.

It’s absolutely crazy how much Albanians like to talk, exchange messages, and have fun conversations. With millions of conversations and messages sent monthly—January tops the list with almost 4 million messages sent—our dating in Albania app has brought together hundreds of Albanians worldwide. Talking, having fun, and most of all creating meaningful connections. These are our first facts about Albanians using a dating app and how they interact with each other. If you’d like to know more, let us know and we will turn this into a monthly treat.