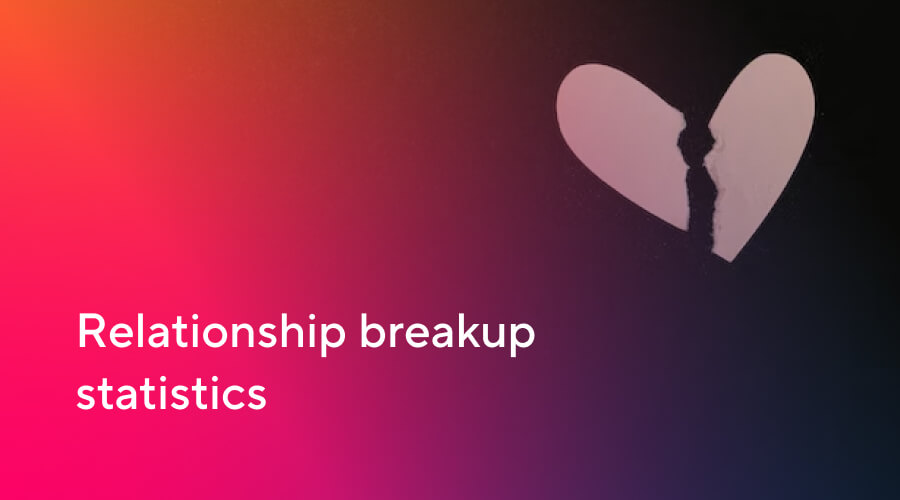 Relationship breakup statistics. When do couples split up the most? This is a difficult question, especially considering that a yearlong relationship is a relatively long time. I have started to have a high regard for couples who spend more than a year together without splitting up.

In fact a year is quite a long time… especially at this time and era when the average attention span has been significantly reduced. I recently came across a study done by Men’s Health that showed when were the periods of the year in which couples split up the most. The relationship breakup statistics were gathered after calculating Facebook profile updates regarding the split ups. Here are the results of this interesting study:

Valentine’s Day is when couples split up the most

Apparently some couples prefer to split up during the beautiful day of love. And the most ironic of all is that on this marked day there are more separations than any other period of the year. We do not know what the reasons for separation may be, but intuition tells me that gifts might be a potential cause.

When do couples split up the most? Apparently when spring starts and our hormones start to kick in. This period is difficult for those who are in a relationship. Therefore, most choose to separate, in order to experience what it’s called ‘summer fling’.

Yes, you heard right. Is this a sick joke? Are people really splitting up as a joke on April 1st? Apparently yes, at least this is what the study says.

Mondays are often included in most studies. Apparently, apart from being the most hated work day, it is also the day couples choose mostly to separate from one another. This can come for many reasons, but let’s not forget that Mondays are also the days when people suffer the most heart attacks. It goes without saying that stress can be one of the main reasons why couples separate.

Like spring fever, summer is also a time to play throughout the year. People celebrate, visit the beaches, have fun and of course like mostly to flirt. This most likely leads to conflicts and without a doubt many split ups. There may be many reasons, but one of the main ones is the desire for adventure which reaches its peak during this season.

Two weeks before the holiday season

When planning to split up, sometimes you need to consider the timing. Separation with someone is painful, but parting with them during the holiday season is completely cruel. Therefore, most choose (as if we all did it by agreement) to part before the end-of-year holidays.

The pressure and stress to introduce the family during the holiday season can be one of the main reasons why. This is because not many couples are ready to take the next step in their relationship. Whatever the reason, we are sorry that two weeks before the holidays many couples prefer to separate rather than move on.