Home » Blog » Albanian Inventions You Should Know About

Albanian Inventions You Should Know About 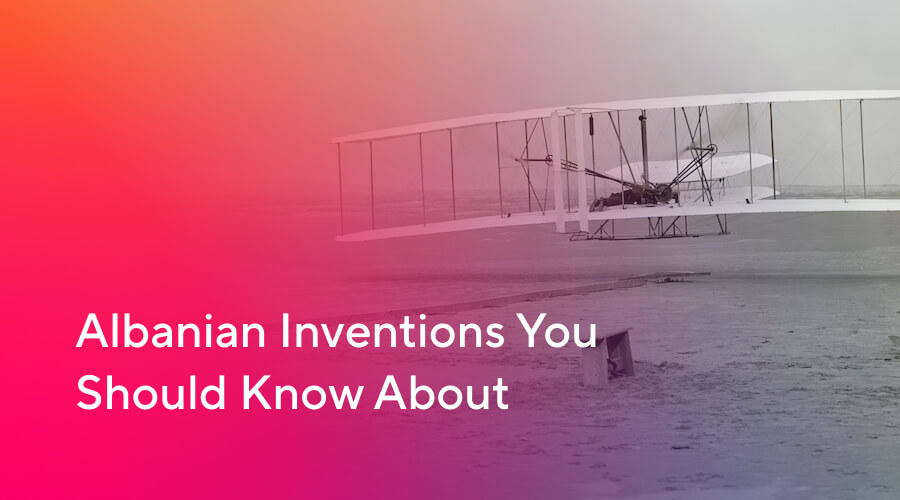 Albanian Inventions? Are there any? If we are asked such a question, many of us will laugh and joke that we Albanians are not inventive in any way whatsoever. However, contrary to what we believe, Albanians have some great enlightened minds out there. Some of them are still alive today, although little or nothing is said about them.

This question is usually asked disingenuously by people who mock Albanians, but we usually ignore the mockery. However, I am sure there are people who are genuinely interested in learning about this topic. Based on this, I will list some of the greatest albanian inventions.

Perhaps the most famous American-Albanian scientist who is still alive is Ferid Muradi. He is an Albanian inventor well known around the world.

He is credited with discovering the mechanism behind pharmaceutical drugs like Viagra. Although his interest lies more in discovering treatments for cardiovascular disorders; his contributions to the field of medicine earned him the Nobel Prize in Physiology and Medicine in 1998.

We can talk a lot about Ferid Murat. However, with just one click you can learn a lot about this Albanian pharmaceutical genius. Even now, at 85 years old, he is held and appreciated for his scientific achievements.

Hasan Masurica was an Albanian inventor who lived in present-day North Macedonia. He created one of the first flying machines based on models drawn by Leonardo Da Vinci. Unfortunately, his invention was not used by others and credit was given to the Wright Brothers.

He also invented a machine gun, which the Ottoman Sultan of the time planned to mass produce. Hasan, fearing that his invention would be used against his Albanian compatriots, interrupted his plans and studies, continuing them in secret.

There is some speculation that the blueprints for this weapon design were stolen from the Balkan forces that had defeated the Ottoman Empire in 1912. Later on they were used for Russian weapon designs that led to the construction of what is now known as the AK-47.

He is an electrical engineer from Kosovo who invented Generators and Electromotors Gjota, for which he has a patent in the USA.  His invention is still used today, especially in factories in Kosovo. Learn more about him by searching for information about his life and work.

Best known for the photography of Pablo Picasso. He was also a trained engineer with a degree from the Massachusetts Institute of Technology and a pioneer in photographic technologies. Through experiments with Harold Edgerton at MIT he developed tungsten filament lights for color photography. Further innovations in stroboscopic and forbidden imaging brought his work to the attention of Life.

Byzantine composer of Albanian-Bulgarian from Durrës. He was a highly favored and favorite musician of the Byzantine Emperor of that time. He was noted for his talented, angelic voice.

His most famous contribution is the invention of the system of musical circles, or the musical pentagram, which influenced the development of the Western system of musical notation. He is considered a saint by the Albanian, Bulgarian, and Greek Orthodox churches.

Reference: The article was translated and reproduced from the post by Endri Mazrek, a history enthusiast and researcher, on Quora albanian inventions.