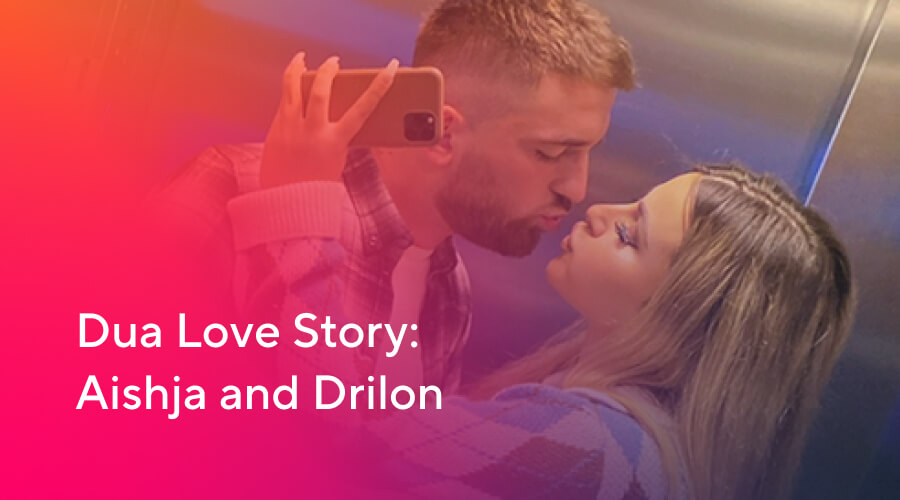 Dua love story: Aishja and Drilon / Something that began as a match on dua.com is coming to a successful conclusion! Aishja and Driloni’s love has progressed from a message on dua.com to marriage! She is 23 years old, was born in Denmark, and is originally from Kosovo. He is 24 years old, from Pristina (Kosovo), and has recently moved to Germany to work. They met through dua.com! Everything began in July 2020 with a like, a match, and a conversation.

Everyone who meets Ajshja and Drilon is overwhelmed by the positive energy that these two young people exude. This couple’s chemistry is palpable; within minutes, they show how well they know each other! When they start talking about their memories, where there is no shortage of amusing moments, you realize how honest and straightforward their relationship is!

Convinced from the start that they were made for each other! 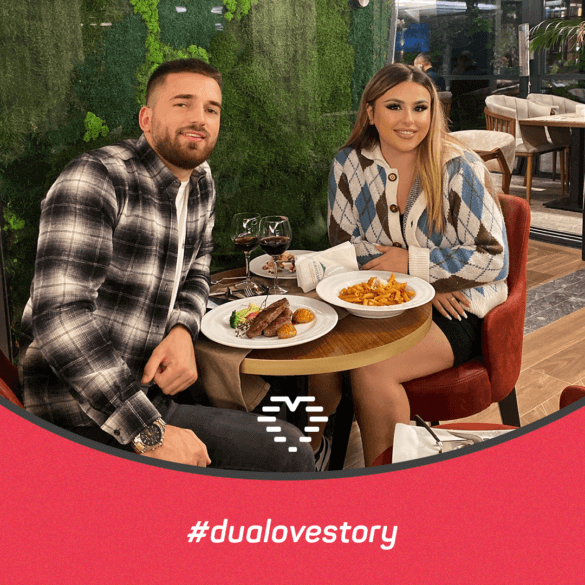 Drilon claims he was not one of those who thought he could find his future wife through dating apps. However, the universe had a pleasant surprise in store for him. He downloaded the dua.com app on the advice of a friend.

“I came across Ajshja’s profile there. I liked it, and he claims we were a perfect match after a few hours, “he claims. Drilon laughs as he recalls how beautiful she appeared to him and how he asked to see her Instagram profile after the first conversations in dua.

When we ask Aisha what impressed her about Driloni, she recalls her friends analyzing his profile and photos. “I was particularly impressed by how he wrote to me. He didn’t just say, ‘Hey,’ or anything.

It was Eid, and Driloni texted me: I’m not sure how to begin this conversation, but Happy Eid…’ “He made me laugh, and that’s why I kept talking to him,” she emphasizes. When we ask them what the key to their relationship’s success is, they both say they have believed in it since the beginning. “Driloni has made me feel safe from the start,” Ajshja says. They’ve known each other for a year thanks to virtual communication. To have faith in their shared future.

From distant texting to a meeting at Pristina Airport!

A relationship that began over the internet took on full meaning the moment Ajshja and Driloni met, as they say, on July 13, 2021. A whole year after they met on dua.com!

“I visited Kosovo during my summer vacation. Drilon arrived at the airport to pick me up, and so the first meeting began. We have not been separated since that day. We spent a significant amount of time together! “Ajshja says In fact, she came to Kosovo in October 2021 without informing her family out of a strong desire to spend more time with Drilon. 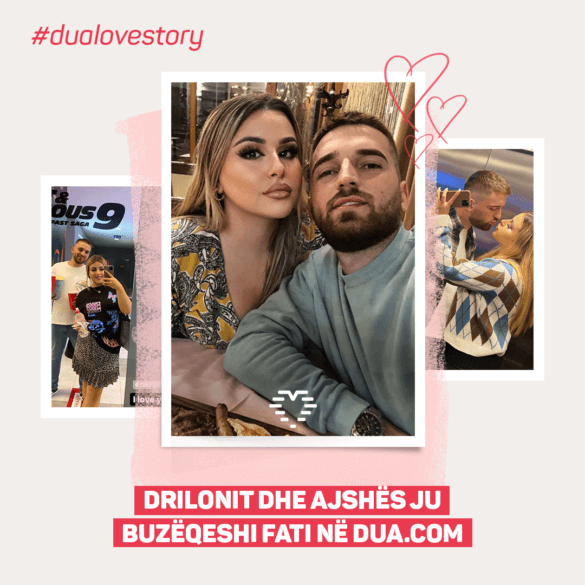 She only stayed for a few days, but they both remember this as one of their favorite memories. They continued meeting in Kosovo, Austria, and Denmark. During this time, the couple spent as much time as they could together, growing closer to each other.

This year’s wedding is in August!

Ajsha and Drilon, like all other emigrants, will arrive in Kosovo this summer. But this time, there’s an added incentive! They are currently undergoing wedding preparations!  So, from a dua.com message to marriage! “We’re preparing for the wedding. Currently, we are dealing with the organization. We intend to marry on August 3, 2022 “, they claim.

When the wedding date arrives, it will have been more than two years since they met on dua.com. It’s been over a year since that unforgettable meeting at Pristina Airport. You can see the excitement in both eyes as you embark on your joint marital journey!

‘Dua.com can serve as a bridge for many couples, just as it did for us.’

Given that they are both Diasporans, Ajsja and Driloni believe that dua.com is the best opportunity for all young people who want to connect with someone from their community. “dua.com, like it helped us, can help everyone who uses it find their life’s purpose. Encourage those looking for a heartfelt person to use it. They have the potential to be pleasantly surprised, “Drilon says.

Ajshja, on the other hand, speaks about her circle in Denmark, demonstrating how much the Albanian community needs an application like this. “We, the Diaspora youth welcome this application. I told my friends about dua.com. I encourage them to use it, and I know it is widely used “, she claims. Aishja and Driloni demonstrate how love finds its way. They were born in various countries. They are from various parts of Kosovo. Their relationship has also been tested by distance. But their love, which began on dua.com, has overcome these obstacles and triumphed!