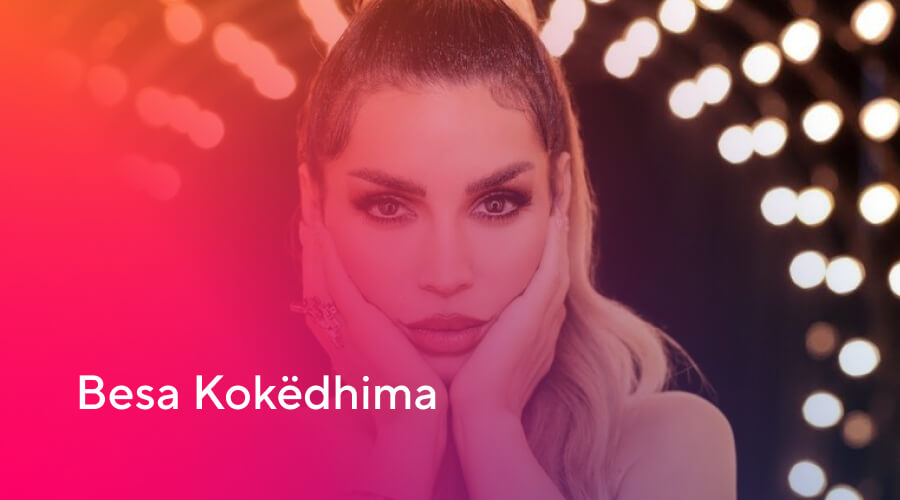 Besa Kokedhima is a very popular Albanian singer. Since childhood, she has been constantly involved in school musical activities as a solo singer, where she stood out for her talent for singing. She was appreciated for the distinctive color and tone of her voice.

A little about her Besa Kokedhima childhood

She was born on May 29, 1986 in the city of Fier. She lived there for several years, then her family moved to Tirana, where later Besa followed the eight-year-old.

At the age of 15, she moved to England to study for high school. At the same time, she took piano lessons.

When she reached the age of 17 years, Besa Kokedhima became the winner of the United Kingdom International Student Talent Competition,in which she was supposed to compete as a pianist. However, her piano teacher, who happened to hear her sing a few hours before the show, pushed Besa to compete for singing.
At 19, she returned to Albania and started working on her first album, which was released on July 29, 2006.

Besa’s journey in the world of music is already well-known and she has many very successful songs. We are listing some of them below.

Besa has participated in a number of music competitions, including Nota Fest where she was awarded the first prize for the R&B song Leshoje Hapin. In 2006, Besa was chosen to represent Albania at the MTV Exit concert.

In 2009, she participated in the Romanian National Selection in Eurovision and reached the semi-finals of the national selection. She later competed in Ohrid Fest, where she won the best performance. In the same year, Besa participated in Selecţia Naţională in Romania for Eurovision with the English-language song Nothin Gonna Change and reached the semi-finals. In 2010, Besa competed in Top Fest and won best female singer with her song Night Knight.

Besa Kokedhima and her consecutive songs

Since 2010, Besa has published a series of songs. Including the song Fishekzjarre in 2012, the song Burning in 2013, and Zemrën Dot Nuk ta Lexoj in 2014. These songs were commercially successful and well received.

Besa Kokedhima has also released two holiday albums titled Besa per Festat and Ti Je Festa Ime. The album Besa per Festat consists of eight traditional English songs adapted to the Albanian language. The songs were accompanied by video clips. The album also contains a version of the song Tattoo in the Heart.

The album Ti Je Festa Ime received positive reviews, and one article called the album one of the best projects of the year. She also won the Magic Song in 2013. In December 2016, Besa announced that she would be joining the panel of The Voice of Albania as a judge and coach for the new season. Later, Besa was voted Albania’s favorite judge by Top Channel polls.