Home » Blog » Religion in albania – Facts you need to know

Religion in albania – Facts you need to know 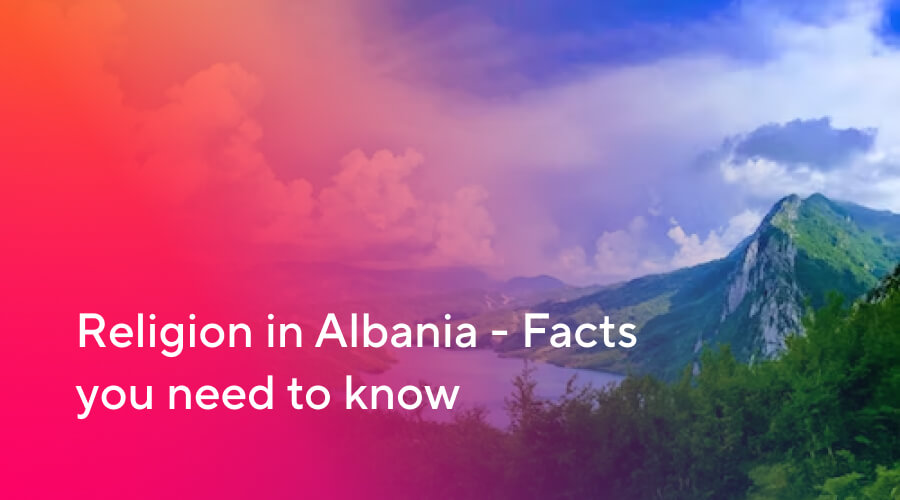 Religion in Albania, it should be noted that Albania is a country known for religious tolerance! You can find three main religions in Albania. Albania has geographically dependent religiosity. Albanians, regardless of religion, live, work, and socialize together. Religious artifacts are valued and preserved regardless of religion.

Religion in Albania is not a sensitive subject. Albanians are familiar with religious diversity as well as secular beliefs. Albanian Muslims are found throughout the country, but Catholics are more concentrated in the North, whereas Orthodox Albanians are located in Southern Albania. According to Gallup: 63% of Albanians state that religion does not play an important role in their lives. Located throughout Albania, small churches, mosques, and shrines continue to preserve an important part of Albanian art history.

The ban on religion in Communist Albania

In 1976, the Party of Labour even declared Albania the first atheist country in the world, putting a ban on religious belief in the constitution and imposing punishments for participating in religious ceremonies and possessing holy books. Meanwhile, faith in Hoxha, communism, and the party was encouraged.

But despite the state’s commitment to the destruction of religious institutions, the burning of sacred books, and the imprisonment, and execution of priests and imams, some Albanian families continue to practice their faith in secret even though, as so-called ‘enemies of the people, this put their lives at risk. 18th January 1991 is an essential date for the Albanians since it was the date when religious freedom returned to the land of Albania.

Religion in Albania and Mother Teresa

One of the most famous religious figures in history is Mother Teresa. Mother Teresa, also known as Saint Teresa of Calcutta, was an Albanian Catholic nun and missionary. Although her passport name was Mary Teresa Bojaxhiu, she was born Anjezë Gonxhe Bojaxhiu in Skopje, now the capital of North Macedonia.

She dedicated her life to caring for the destitute and dying in the slums of Calcutta. The true lesson of Mother Teresa is to live your life on your values anyway. Conditions should never deter one from his or her personal goals and mission. When we live our life based on positive, time-honored, and life-giving values like integrity, charity, and compassion, we will be blessed with energy and fulfillment. Albanians, from all religions, respect her figure a lot. Albanians from all religions admire her figure a lot.