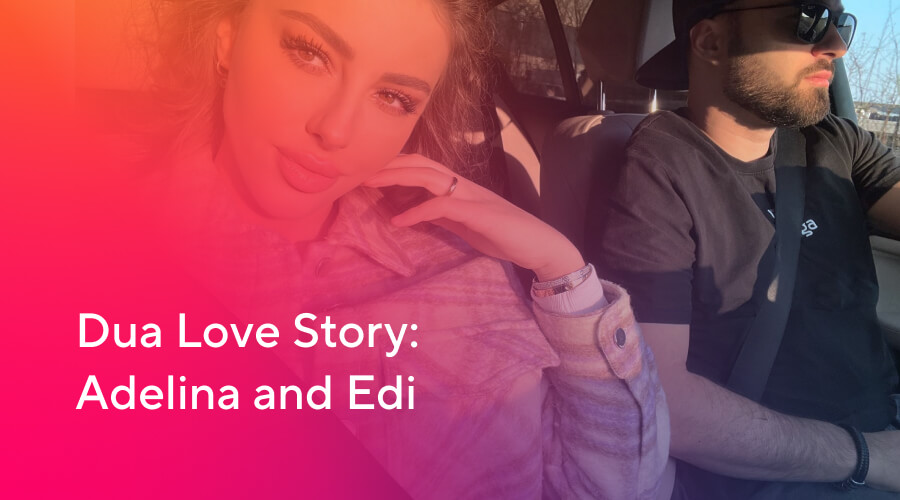 Dua love story: Adelina and Edi! They have an unusual love story. Their story is unique in that it began with a dua.com match! Moving and growing up in a foreign country are some of their challenges. These are just a few of the common elements of all people’s and communities’ lives that the fate of migration conveys. Edi and Adelina’s stories are also somewhat similar.

Two young Albanians have built their lives away from their homeland. Two people who met on dua.com and fell in love. Adelina and Edi have decided to open their hearts and share more details about their friendship, culminating in marriage months ago! They were able to find what they were looking for in one another. As they say, where your heart rests.

“Nowhere can you find comfort, understanding, and love like yours”, they say, referring to your nationality.

Edi (29) was born in Prizren, and Adelina (27) in Peja. Adelina’s family moved to Slovenia when she was three years old, so their paths in life diverged. Edi grew up in Kosovo, whereas Adelina spent most of her life in Slovenian. They both later relocated. She went to study and work in Switzerland as a 17-year-old, whereas Edi has been living and working in Germany since the age of 20. He’matched’ with me on dua.com. Their love “melted” the 7-hour distance between them. They already share a home in Switzerland.

Adelina and Edi found in each other what they were looking for! 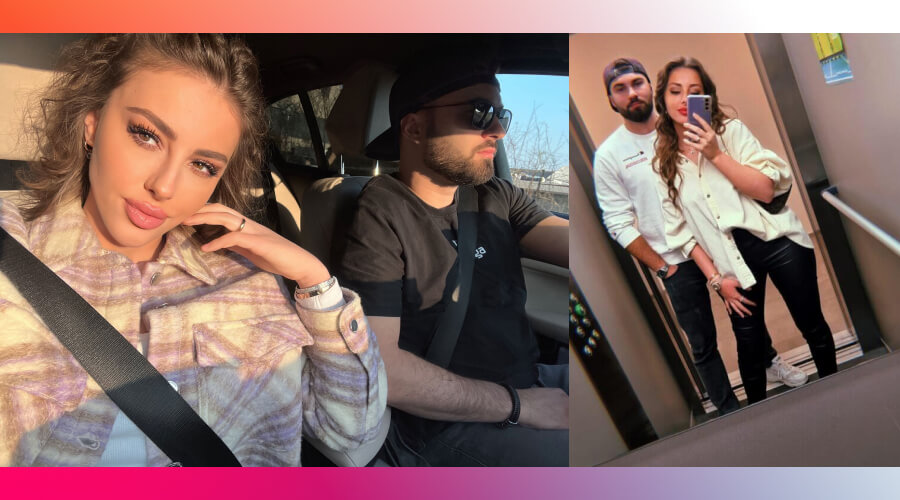 Edi claims that he downloaded the app after learning about dua.com and the platform’s mission, which he found appealing. “The main reason was that I wanted someone from my background in my life. An Albanian woman. Regardless of where we live’s associations and contacts with other nationalities, I wanted my life partner to be from Kosovo “, he claims. Adelina, on the other hand, had a slightly different experience. Her mother urged her to use the app to find the person of her dreams. “My mother had seen a television commercial for my love. She told me about dua and pushed me to create a profile as well “Adelina, laughing, says. Finally, both had profiles in by the end of September 2020.

In conclusion, at the end of September 2020, both had profiles in dua and were matched!

From the first date to the marriage proposal!

Both have fresh memories of October 14, 2020, when they met for the first time. Edi traveled 7 hours to meet Adelina. “Our first date happened a few days after Adelina’s birthday. Of course, there were gifts for her on my part. But for me, she was the most beautiful gift of my life”, says Edi, describing their love as love at first sight.

“I will never forget our first date. Those twinkling eyes and her smile took my mind and heart. It was love at first sight. I remember saying to myself in German, ‘Das ist Sie’, or “She’s what I’m looking for”, says Edi. For a while, their relationship developed at a distance. Mostly Edi traveled every other weekend to Switzerland. “Although long and tiring journeys, with many fines from the police for speeding, it was still worth it! Today we enjoy a happy life together”, he emphasizes.

A unique proposal with donuts! 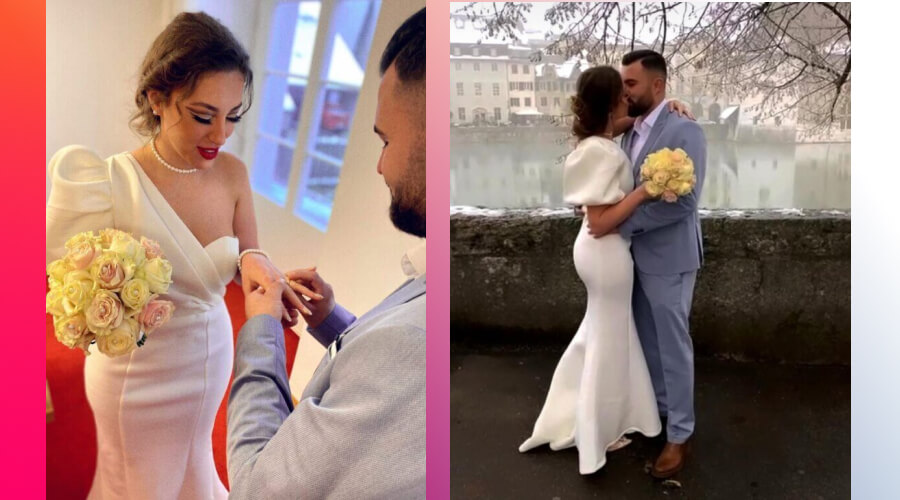 As Edi and Adelina tell, a few months after their relationship came a surprise marriage. Edi had been creative. “We were in a shopping center together with her brothers. One of her brothers wanted to buy an engagement ring for his girlfriend, but he couldn’t decide. There I bought the ring for Adelina without her knowing, and I surprised her!”.

The surprise became even sweeter when Edi decided to propose with Adelina’s favorite dessert. “Adelina really likes donuts, and there was a shop that Adelina liked very much. I pre-purchased donuts and inserted the ring inside the donuts. While eating, she realized that there was something inside. There I proposed marriage, which she accepted. Then on 14.12.2021, we officially got married”, says Edi.

“Those of you who want to find a life partner should use dua.com”

Since, at that time, celebrations and gatherings of people were not allowed due to the pandemic, they did not organize a party. The two have been living together since December 2022 in Switzerland and are planning to host a wedding party soon. “Our love keeps growing and growing. Every day that passes, we realize how important the people we love are, particularly the companion of your life”, says Adelina. They encourage all our single readers to use the dua.com app right now!